If it is difficult for Christian men to find godly role models in the church today, surely it is even more difficult for women; Paula White? Victoria Osteen? Hardly the epitome of Christian modesty and meekness! Just like the men, ladies find themselves looking to godly women of the past, who knew what it was to serve the Lord with holiness and personal sacrifice. One such woman was Hester Ann Rogers. 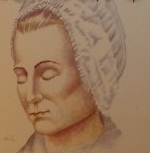 
"Hetty" was born in Macclesfield, Cheshire on January 31, 1756. She said that even as a child, she "was early drawn out to secret prayer: I believed God was the author of all good, of all happiness; and sin the cause of all misery and pain. If therefore I wished for anything I had not, I asked God in secret to grant it to me."

After the death of her Father, she was troubled with grief and she tells of how her Mother sought to "raise my spirits" by encouraging her to dance and to engage with non-Christian friends and relations. This produced within her a lighter mood, however she began to grieve the loss of the presence of God."It paved the way to lightness, trifling, love of pleasure, and various evils," she writes. "I now aimed to excel my companions, not in piety, but in fashionable dress" and "what the world calls innocent amusement. I also obtained all the novels and romances I possibly could...in short I fell into all the vain customs and pleasures of a delusive world...Thus was my precious time misspent and my foolish heart wandering far from happiness and God." Convicted of sin, she vowed to get right with God, yet it was not long after that she was gripped by "a malignant fever." Gradually, the Lord brought a growing conviction on Hester and she found herself under the preaching of one Mr Simpson. She began to cry out, as if in agony at the thought of her own sinfulness and "made a solemn vow to renounce and forsake all my sinful pleasures and trifling companions." She must have took the vow seriously, because in the morning, she took all her "finery, high dressed caps etc. etc. and ripped them all up, so that I could wear them no more..."

Hester was drawn to the preaching of the new "Methodists." She reports, "Mr Wesley's sermon on Justification was a great encouragement to me, on those words, To him that worketh not, but believeth on him that justifieth the ungodly, his faith is imputed to him for righteousness."
After much inner turmoil and wrestling, Hester Ann Rogers gave her heart to the Lord and was wonderfully born again. She writes, "In that moment my fetters were broken, my bands were loosed, and my soul set at liberty. The love of God was shed abroad in my heart; and I rejoiced with joy unspeakable."

When itinerant Methodist Preacher James Rogers came to Macclesfield in 1782, after the death of his first wife, Hester married him. The two of them embarked as Missionaries to Ireland, ministering in Cork and Dublin. Hester ended up being John Wesley's housekeeper and one of the few people at his bedside when he died in 1791. Thomas Coke wrote of her:


"her maternal care and affection shone equally bright. Though she devoted much of her time to religious duties in public and private, yet nothing seemed to be left undone which could maker her children comfortable and happy. She even prevented all their wants; and was equally, nay, if it were possible, more attentive to Mr. Roger’s children by his former wife, than to her own."


In a letter to a friend, simply called "Miss D." she writes, "Go on, my dear sister: it is a blessed path: the goodly land is before-the land of sacred liberty, and glorious rest from all sin. Oh that that you may soon prove, by happy experience, "perfect love casteth out all (slavish) fear!"

On the 10th October 1794, after giving birth to a son, at the age of 39, she went to be with the Lord. She remains one of the great women of evangelical Methodism.

"Who can find a virtuous woman? For her price is far above rubies." (Proverbs 31:10)

We Are The People Of The Cross

I felt moved to write these few words after the beheading of 21 Christians by the terrorist group ISIS.

We are the people of the cross
We do not fear to count the cost
Our eye is single, fixed on Him
Who died to pay the price for sin.

To live is Christ, to die is gain
By grace through faith we own His name
We suffer all indignities
And yet we love our enemies.

We do not doubt the power of Christ
In Him we have eternal life
Yet you who kill, what do you gain?
Blood on your hands
Your guilt remains.

We are free and with the LORD
You are slaves of sin and sword
Angels minister to our needs
The Son has set us free indeed.

We are the people of the cross
We rejoice to suffer loss
If that loss is all for Christ
Truly we “confound the wise!”

“Vengeance is mine,” saith the LORD
Heed the warnings of His word
Repent, believe and follow Him
And Christ will heal you of your sin.

Is Dawkins Losing It? 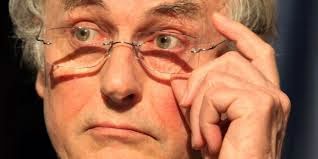 ﻿
After building a following of devoted disciples (who for some reason seem to be largely white and male) it appears that the once revered Scientist is beginning to drift off into some rather odd orbits! In fact, not to put too finer point on it, some are starting to whisper the nom humiliante the "Nutty Professor" with regard to his latest strange ideas.
Oh dear, where did it all go wrong? Well, I guess it could have been with a rather thoughtless and embarrassing "tweet," rushed off in an attempt to be amusing/clever.
On January 1, 2015, The Telegraph reported:

Posted by Stockport Evangelical Church at 03:06 No comments: 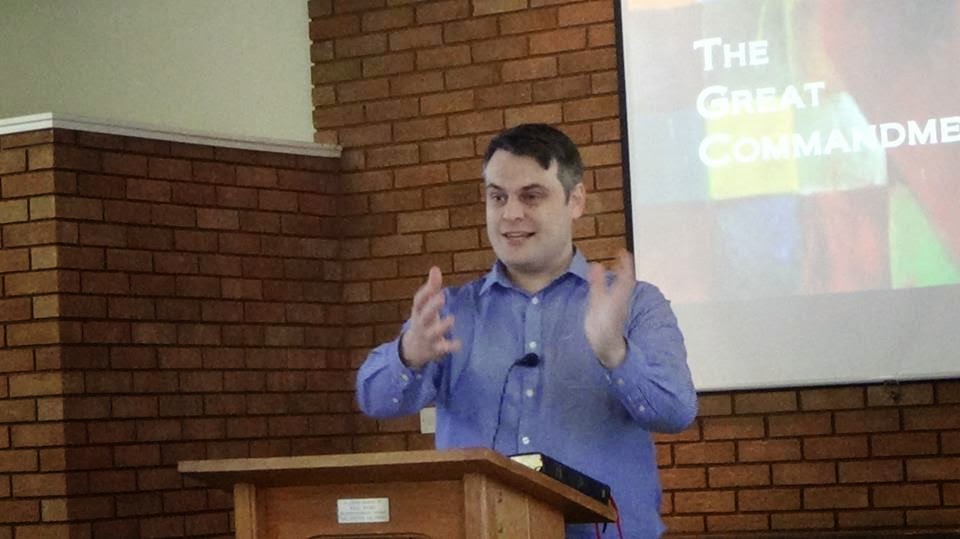 2014 has in many ways been quite a difficult year for us as a church. We have had people leave and faced  unexpected challenges. But the Lord has been faithful through it all.
One of the great success stories of this last year has been our monthly Teaching and Apologetics sessions. Matthew and I have taught on subjects as diverse as Understanding Atheism, and Reaching Out to JWs. But we have also enjoyed the ministry of some wonderful teachers.﻿ 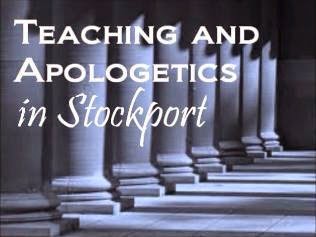 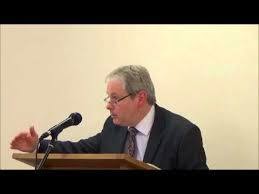 Our old friend Pastor Ian Moulton taught on the errors of the Word of Faith movement... 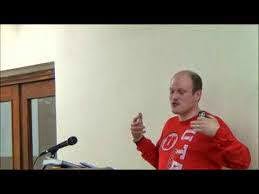 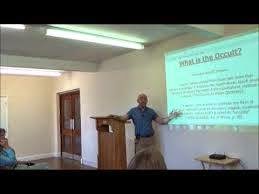 And Vincent McCann gave a fascinating talk on Occultism in the media.
Attacked
This was a difficult year for me, as in February I was assaulted for preaching the Gospel in our local town centre. I have been open air preaching for quite a few years now and whilst threats are common, this was the first time I had been violently attacked. But the Lord's a great healer and I am please to say I am back on the streets again! 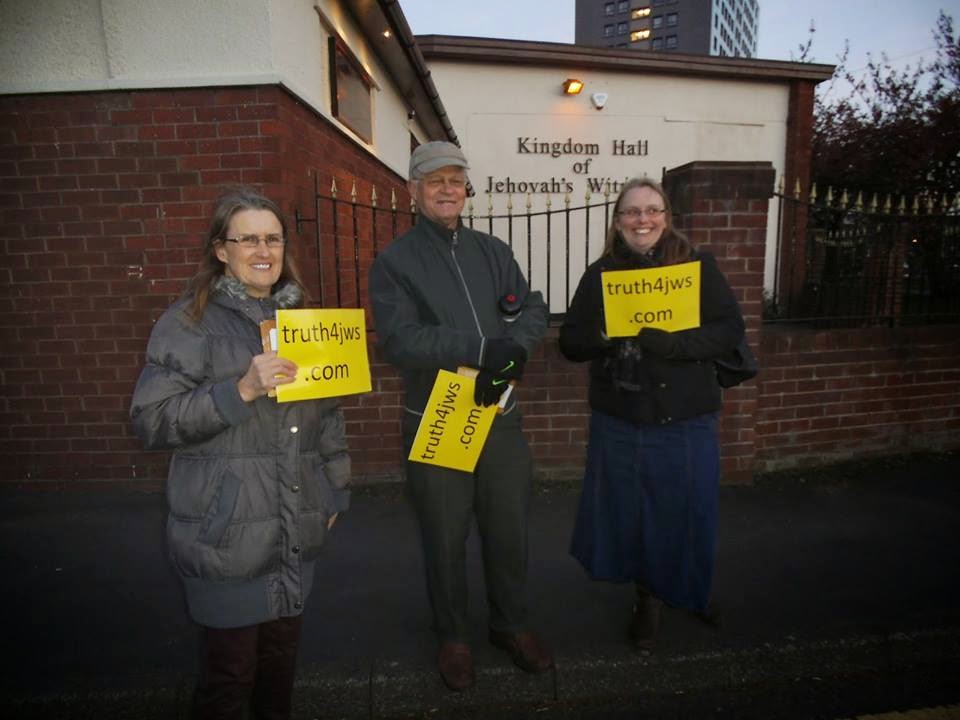 In March we stood outside the Jehovah's Witness Kingdom Hall Memorial celebration. We wanted to be a witness of the true gospel of Jesus Christ... 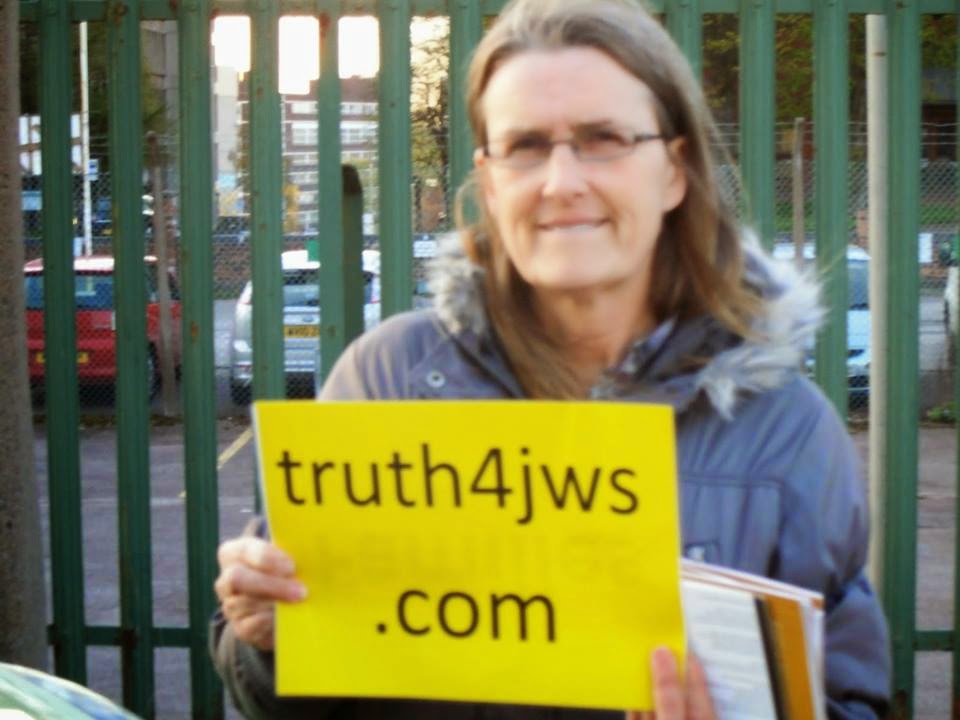 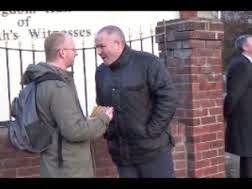 ...not everyone was delighted to have us there!
Get Right
﻿ 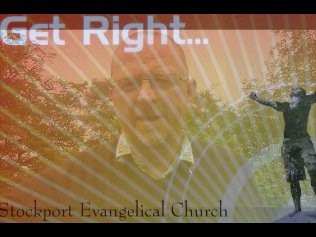 In summer we held a leafleting campaign called "Get Right with God in 2014." I produced a free give-away DVD with a short gospel message on it and we finished off by preaching the gospel in Stockport Town Centre. 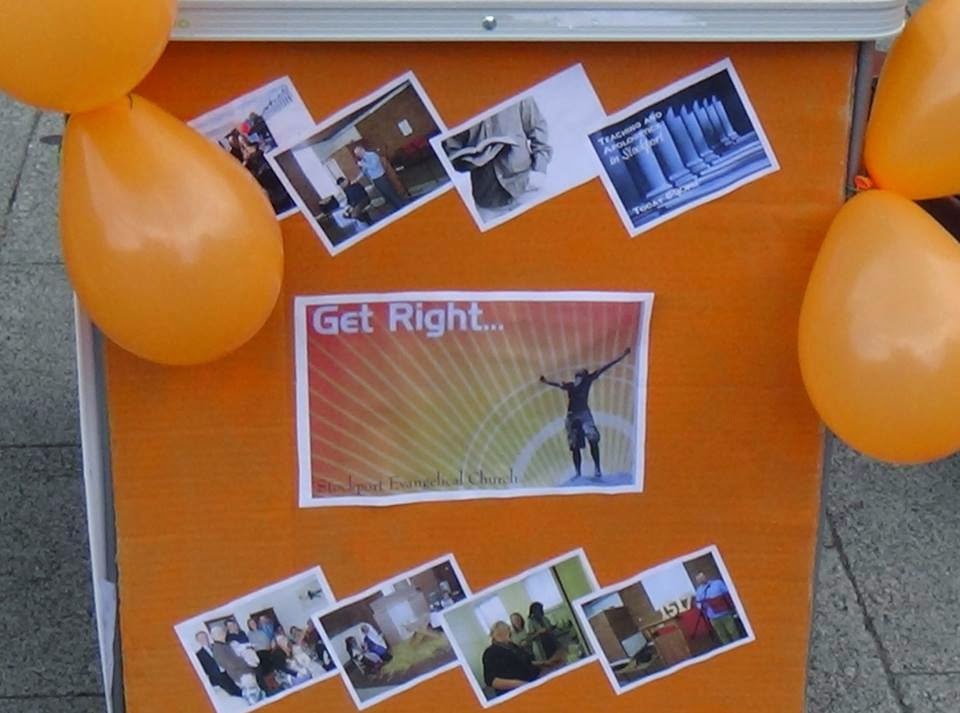 We continued with our monthly Bring-and-Share meals, enjoying a good time of fellowship with others. 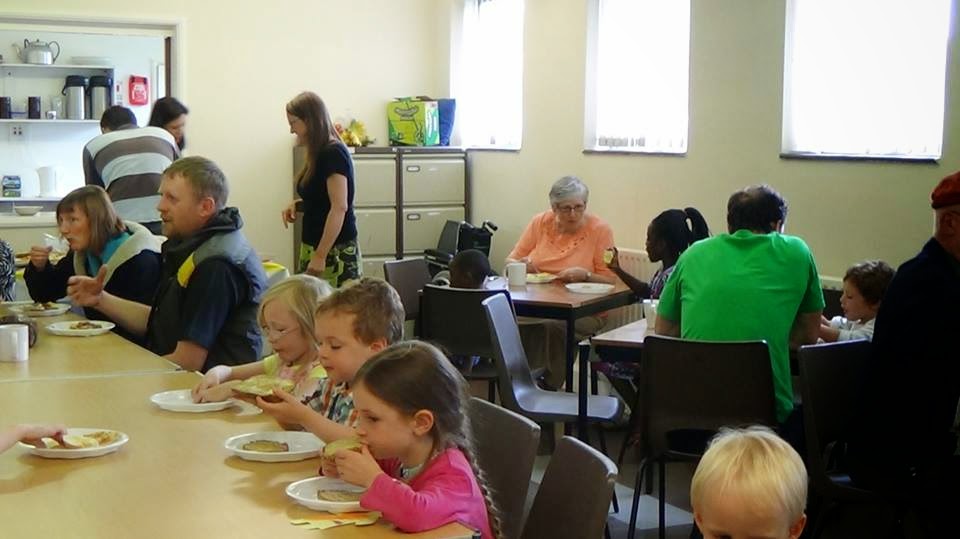 In July we had a stall at Stockport Carnival giving away free Bibles, tracts, DVDs etc. 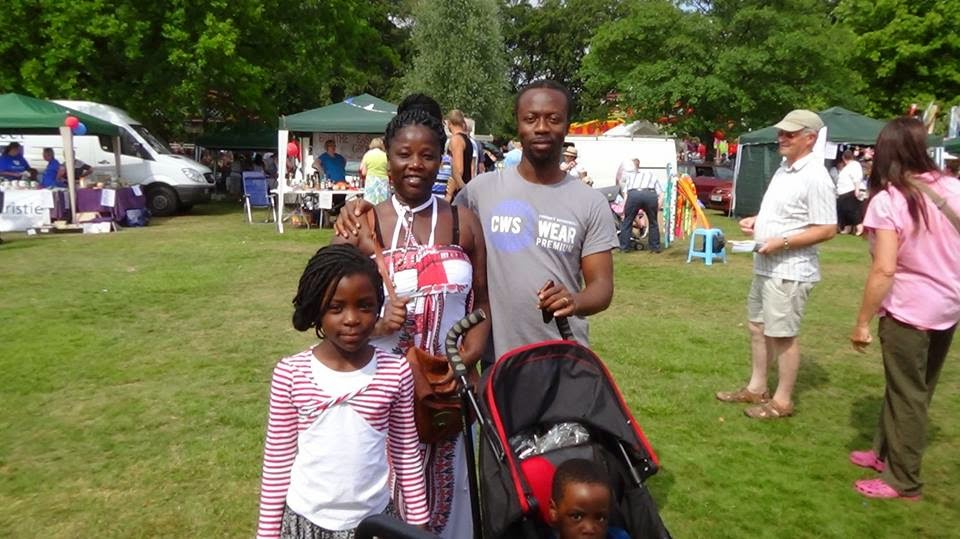 The weather has been great, which has given us an opportunity to really get out on the streets and talk to people about their salvation. 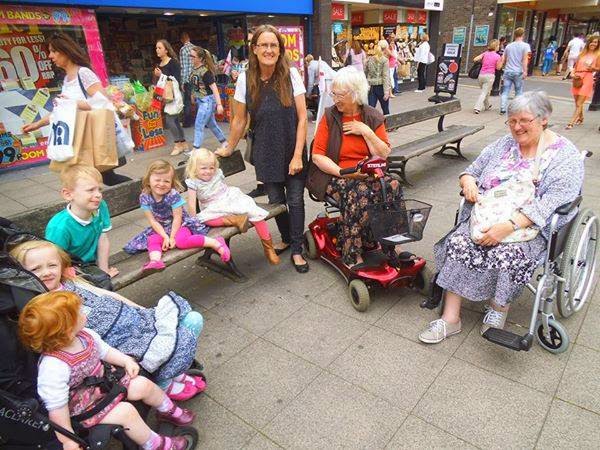 In October we held our Reformation Sunday celebration. It was great fun getting the children involved and teaching them about the sacrifices made by Christians during the Reformation. 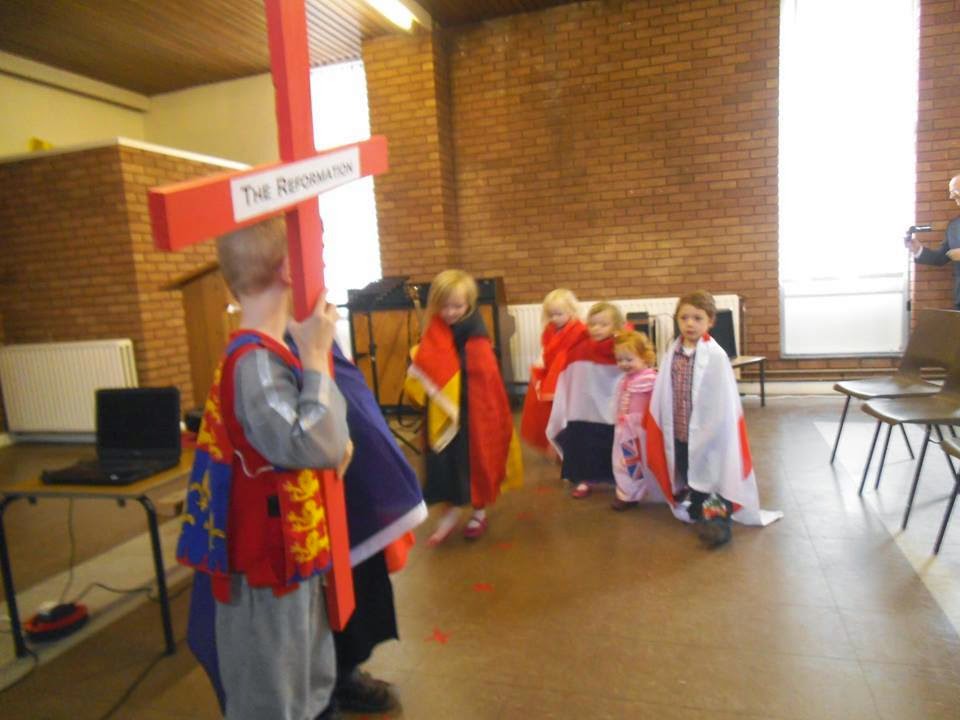 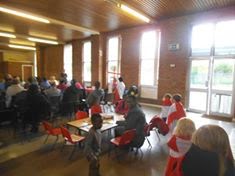 Our ladies have built good relationships with one another and have provided support, both practical and spiritual. 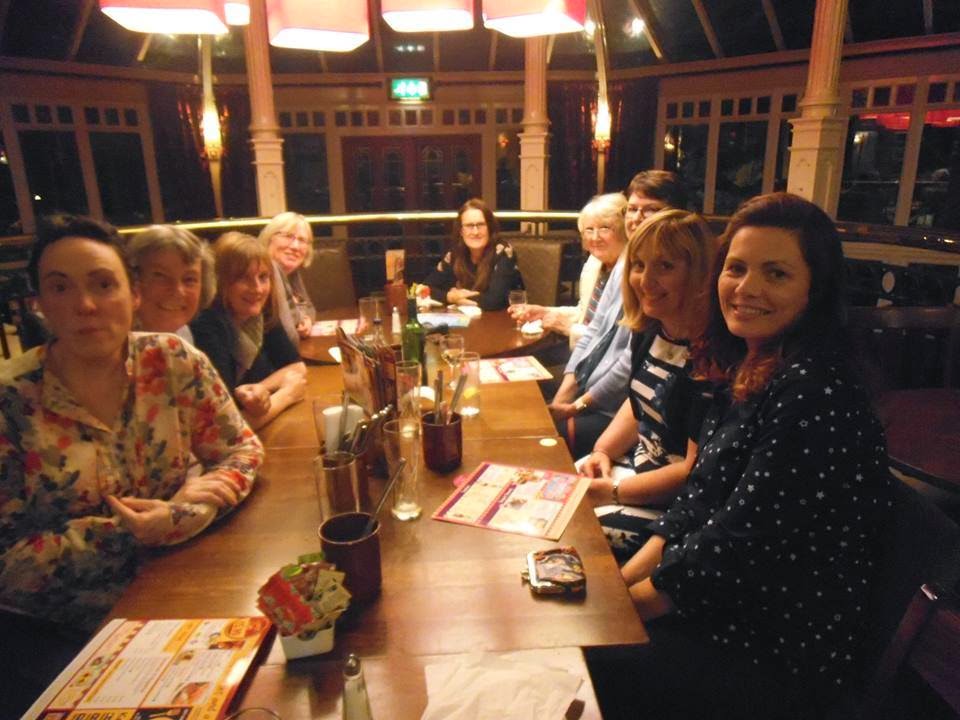 This year saw the start of Sunday Club, our new children's work. The children learn to pray, listen to a Bible story and sing songs of praise. They also play a fun game and have a Bible memory verse to learn each Sunday. 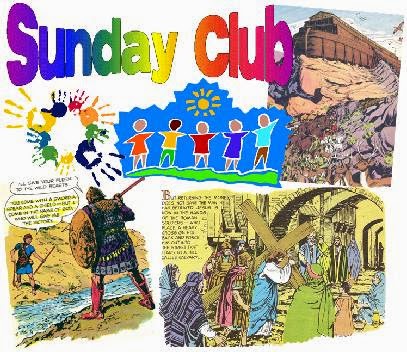 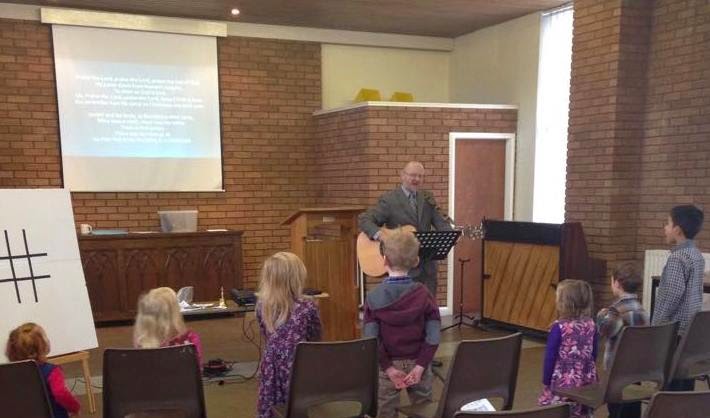 Christmas
We finished off the year with a combined Carole Service and Nativity drama. It was well attended and the children loved being involved. It is a great way of bringing mums and dads and grandparents into the church to hear the truth. 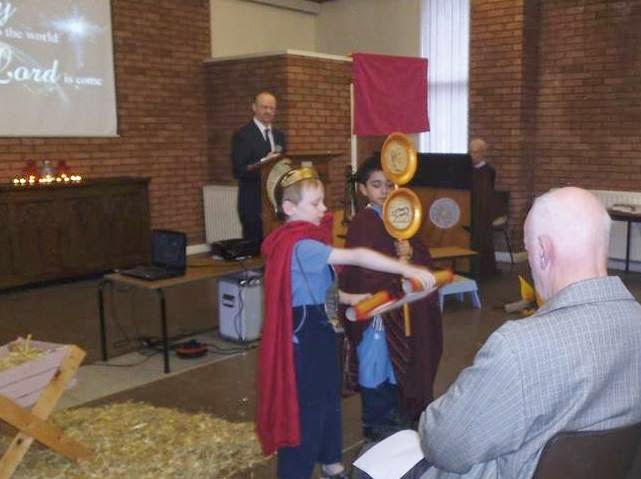 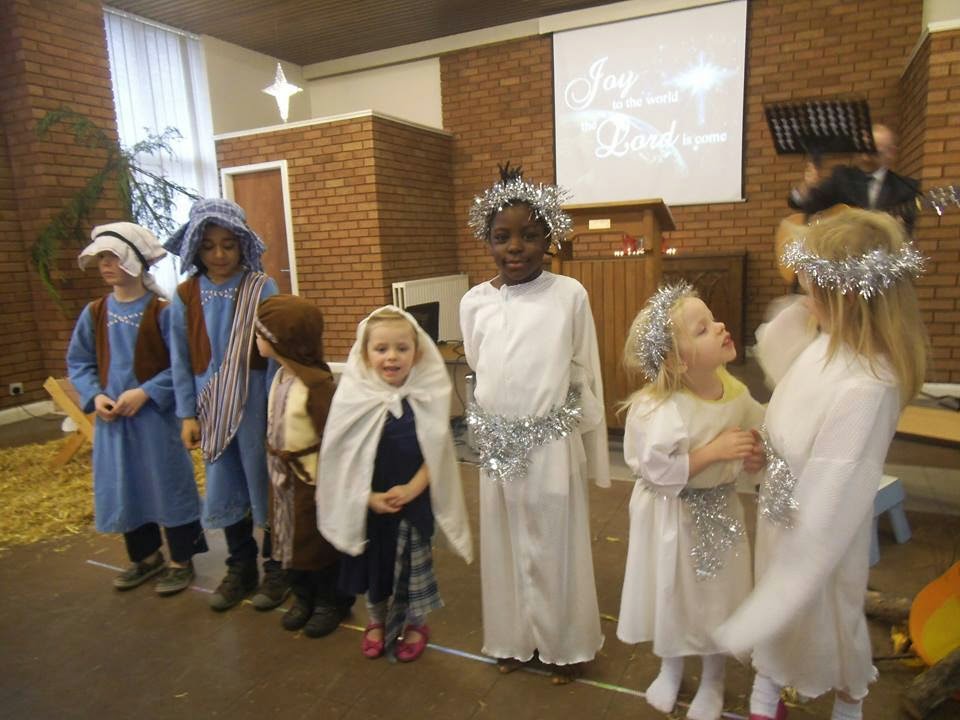 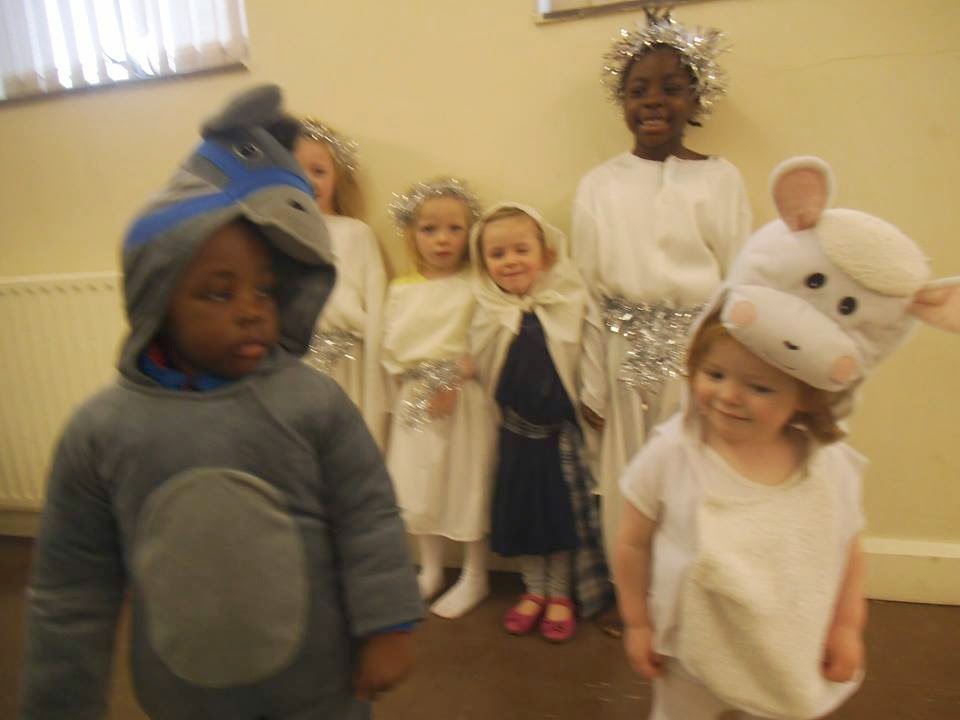 Thanks to everyone that has helped, attended, worked, preached, taught and cooked this year. We couldn't do it without you!
In some ways I think this year has been a "wintertime" for us as a church. It has been a year of labouring, without much increase and yet it has also been a time in which some have returned to the church, for which we are thankful to God.
We have seen our Open Air Team has grown in number and in zeal. It has also been a year in which we have started our HelpBank; giving food, nappies and such like to families in need. It was a blessing to be able to send out food hampers this Christmas as an expression of basic Christian kindness.
May I remind you all of the verse the Lord gave to us as a church:
"And let us not be weary in well doing: for in due season we shall reap, if we faint not." (Galatians 6:9)
Let's hold fast to God's word until we reap!

Paul.﻿
Posted by Stockport Evangelical Church at 13:14 No comments: