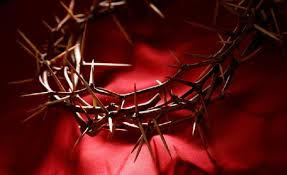 Read verses 1-3. Hear we see the real problem concerning Christ's criticism by the Scribes and the Pharisees. They thought that they held to the laws of Moses, but Jesus points out (and does so on many occasions) that they do not. In fact they hold to many traditions and customs that Moses never required; furthermore, they lay aside many commandments and replace them with their own. They begin their complaint by pointing out that neither Jesus, nor his disciples wash their hands before they eat. This is a tradition that does not come from Moses, but from the Jewish Elders. In fact there is a story that there was a certain Rabbi, Rabbi Akiba, a prisoner, having water sent him both to wash his hands with, and to drink with his food, accidentally spilled most of the water; yet he still washed his hands with the remainder, though he had none left to drink, saying he would rather die than transgress the tradition of the elders.

Now what Jesus does here is confront the Pharisees with the Law of Moses, in order to show them how it is THEY that are guilty of transgression and not himself. He says, “For God commandeth, saying, honour thy father and thy mother…” Jesus is quoting from Exodus 20:12. The verse implies financial support for parents, from their children, but the Pharisees basically made up a rule saying, if you decided to give a gift to the temple, then that could override your responsibility to your father and your mother, “he shall be free.” (verse 6) So they had made “the commandment of God of none effect…” by their tradition.

Jesus then quotes the prophet Isaiah. Let’s read it from the original source, Isaiah 29:13 (Read)

A classic description of a nominal believer. They acknowledge God with their mouth, but He means nothing to their heart. It is simply an outward observance, a list of “thous” and “thou-shalt-nots.” But the desires of the heart are still after the things of this world (we can see that in the Pharisees; their lust for power, status and the praise of men) their pleasure is in the practices, values and entertainments of this world; they are excited about worldly things, caught up in them, corrupted by them; religion is something they do, to appease their conscience; that’s not Christianity!

Declaration to the Crowd

Jesus switches His attention from the Pharisees to the rest of the crowd. In verse 11 He says (Read)

He seizes upon the bedrock of many false religions, Judaism being the main one here under scrutiny. (Don’t forget, at this time the Laws of Moses had been corrupted and infected by the laws of men and Jewish superstitions). Washing with water does not make one morally, or spiritually clean. It does not remove moral, or spiritual defilement. He teaches the multitudes that it is not what goes into a person’s mouth (a bit of dust, or dirt on the hands) that defiles him, or makes him unclean. What goes into the mouth, eventually passes through the body, as Jesus points out in verse 17. So what does defile a man?

Instruction of the Disciples

In verse 12 the disciples came to Jesus and told him that the Pharisees had been offended by what he had said to them. “Religious” people will always take offence when Christ’s gospel is preached; it asks too much of them, it undermines what they thought they knew, it demands they humble themselves…that is why so few people come out of religions like the JWs, or the Mormons…that’s why so few churchgoers (those that do not have the Spirit of Christ) become real Christians; because “God resisteth the proud, but giveth grace unto the humble.” (James 4:6)

Jesus replies to them in a very straightforward way: “Every plant which my heavenly father hath not planted, shall be rooted up.” Remember God only plants good seed. Every Institution, way and doctrine that is inconsistent with the word of God (and I don’t care how popular it is) has not been planted by God, but by the enemy.

Christ describes the Pharisees as “the blind leaders of the blind.” They are ignorant, proud and arrogant. They don’t want the truth, therefore they don’t see the truth; and whosoever follows them will not see either; they will fall into the ditch. Jesus’ instructions are very clear, “let them alone.” Stay away from them. Matthew Henry says, “Have no converse with them or concern for them; neither court their favour, nor dread their displeasure: they will take their course…” Their minds are made up, their hearts hardened irreparably.

To the Region of Phoenicia: The Healing of the Canaanite Woman’s Daughter

In verse 21 we read about a Canaanite woman, a Gentile, whose daughter is troubled by a devil, an unclean, evil spirit. She approaches Jesus using His messianic title “O Lord, thou Son of David,” and she cries out to Him for mercy, for her daughter’s sake. We read in verse 23 that “He answered her not a word!” Maybe he was testing her faith, seeing how real her desire for him was. When Jesus eventually does reply, it is an interesting one. “I am not sent but unto the lost sheep of Israel.”

This demonstrates a number of things:

Yet even after Jesus has said all this, she is persistent “Lord, help me.” Would that those who seek salvation were as persistent as this woman. Many a person turns back unfulfilled, through lack of persistence in fervent, expectant prayer! Do you actually believe that you will receive what you are asking for?

Jesus gives a further reply in verse 26 (Read) The Jews called Gentiles “dogs.” But the woman, in great humility, does not take offence, rather she uses the word to her advantage, in verse 27 (Read) And Jesus responds in verse 28 (Read)

To the Sea of Galilee: The Feeding of the Four Thousand

Jesus leaves that area and makes his way to the Sea of Galilee. It was given that name because it borders onto Galilee. The city of Tiberias stands on the western shore, so it is sometimes called the Sea of Tiberias; same place.

Here we see another miracle of Jesus, the Feeding of the Four Thousand. Again, in verse 32 we read that it was compassion that motivated Him. How different to the Pharisees, who also fed the poor, yet whose motivation was duty, and the praise of men.

Notice, by the way, the commitment of the ordinary people. They had continued with Him for three days with nothing to eat (verse 32) See how they valued the words of Jesus and his healing touch, above their work, their employment; above their comfort and families. I believe that Jesus notices when Christians are willing to forgo the comforts of this life, to sit at His feet. And I believe He responds with compassion and care; and I believe he feeds them too!

The Withdrawal to Magdala.

Christ then dismisses the multitude and leaves the area and heads for the coasts of Magdala.