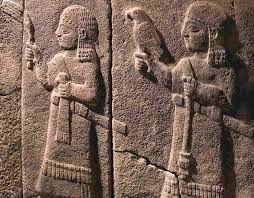 Did you know that the Bible was once mocked by historians for its references to a people called The Hittites as no other literature spoke of such a civilization? Critics used to say this was evidence that the Bible is fiction. However, archaeological excavations in the 1950's found the remains of the Hittite empire in the area where the Bible said it was (Turkey/Syria), and Carbon-14 dating tests prove that it existed at the time stated in the Bible (1375-1200 B.C.). Since then, an abundance of further evidence on the Hittites has been unearthed.
﻿

It was once claimed there was no Assyrian king named Sargon as recorded in Isaiah 20:1, because this name was not known in any other record. Then, Sargon's palace was discovered in Dur-Sharrukin, Iraq. The very event mentioned in Isaiah 20, his capture of Ashdod, was recorded in the palace walls! Even more, fragments of a stela (a poetic eulogy) memorializing the victory were found at Ashdod itself. The palace was adorned with wall reliefs, and the gates were flanked with winged bulls shedu statues, which can now be seen in many western museums, including the Louvre in Paris and the British Museum. As Sargon was killed during a battle in 705 BC, his son and successor Sennacherib abandoned the project, and relocated the capital to Nineveh, leading to the eventual complete abandonment of Dur-Sharrukin. The site was rediscovered in 1843 by Paul-Émile Botta, the French consul at Mosul, although he believed he had found the biblical Nineveh. The artefacts from the excavations were taken to the Louvre museum in Paris.

Is there any physical evidence for the Exodus described in the Bible? If you were to read the popular press, you would come to the conclusion that not only was there no evidence, but the evidence actually contradicted known archaeology. One such article recently appeared in Time Magazine...However, extremely strong evidence for the validity of the Exodus has been published in the scientific journals and never make it to the popular press. One of these studies examined the demise of Jericho (after the Exodus). Drs. Hendrik J. Bruins and Johannes van der Plicht reported in the prestigious British journal, Nature, that the destruction of Jericho was dated to 1580 B.C. (using 14C dating). This date is significant, since several archaeologists have insisted that Jericho was destroyed by the Egyptians between 1550 and 1300 B.C. The recent study discredits the Egyptian theory, since the date is much too old.

Dan Brown's book, and movie adaptation, The Da Vinci Code, makes the claim that Christianity as we know it today was not invented until the fourth century, after the council of Nicaea. Sceptics often claim that …the worship of Jesus was not "invented" until that time. Now, the discovery of a third century church in Megiddo, Israel discredits that claim.


While digging to expand the Israeli prison at Megiddo, Israel, prisoners found a large tile floor. Further excavation revealed the remnants of the walls of the church, within a larger Roman villa. In addition to beautiful fish mosaics, a number of inlaid inscriptions were found in the tile. The site was dated to the third century through pottery remnants (first half of the third century) and the style of Greek writing in the inscriptions. One inscription indicated that Gaianus, a Roman military officer, helped pay for the mosaic. A second inscription was in remembrance of four Christian women (maybe martyrs?) - three with Greek names, and the fourth with a Roman name. However, the most compelling inscription is the one that was a tribute to Jesus, "Akeptous, the God-loving, offered this table for (the) god Jesus Christ, as a remembrance." Obviously, the discovery of a third century inscription calling Jesus God discredits the idea that Jesus Christ was not worshipped until the fourth century. The discovery of a 3rd century Christian church at Megiddo, Israel, along with an inscription to the "god Jesus Christ" confirms that Christians worshipped Jesus Christ as God before the council of Nicaea.
(Thanks to Vincent McCann and Rich Deem and others for much of the content.)

Posted by Stockport Evangelical Church at 03:15 No comments:

Stockport Pastor Assaulted in Broad Daylight (*some may find this disturbing.) 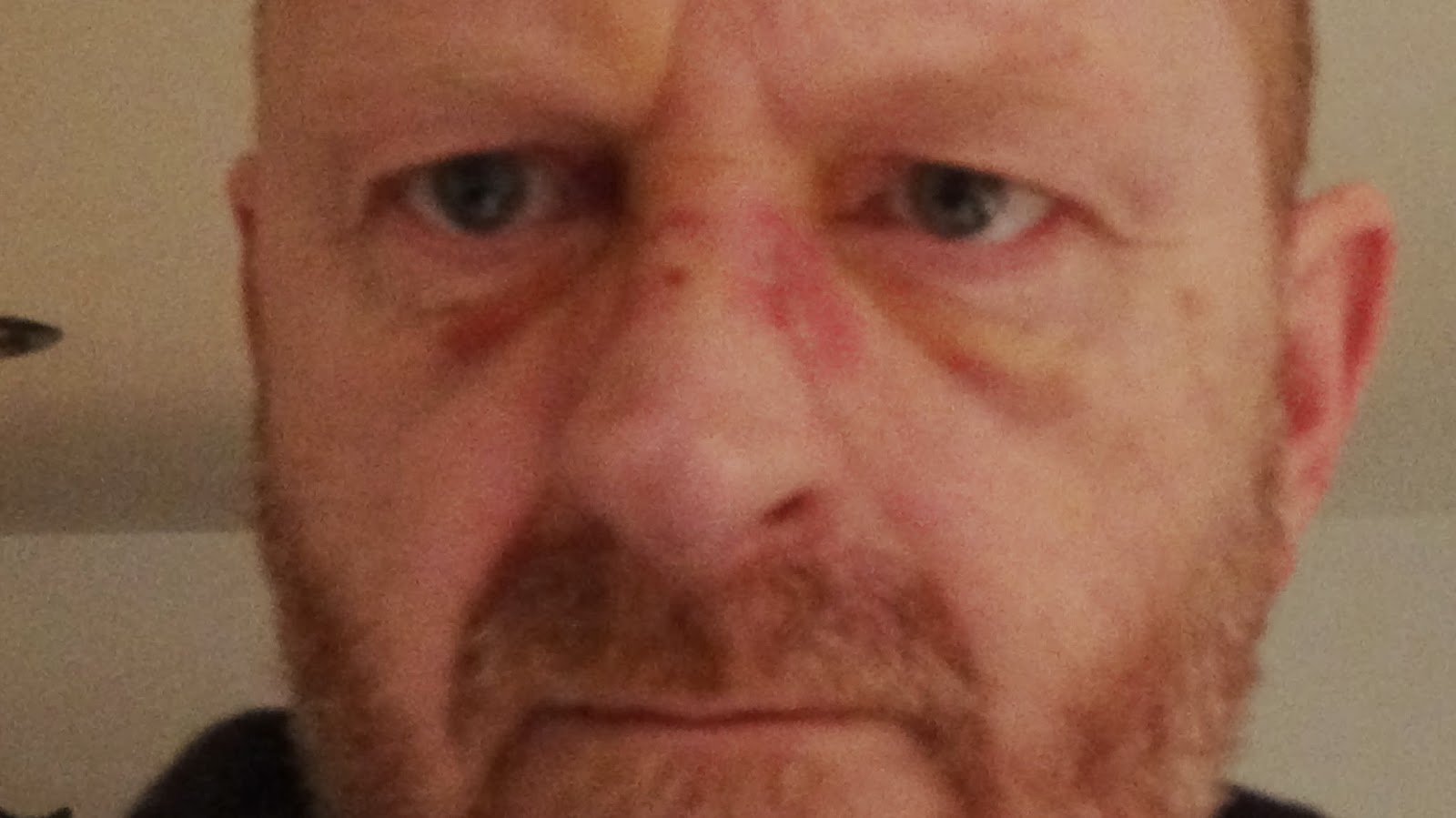 It seems as if I have gone over the events of that strange day many times in my mind. But perhaps it will be of benefit to others if I retell the thoughts, feelings and actions that preceded, accompanied and followed the vicious assault that occurred on that unforgettable Saturday afternoon.

It was a wet day in February 2014 when I stood waiting for two friends who were coming to support me in the preaching of the gospel. I had preached in the open-air for about four years and whilst I had received a number of threats, had things thrown at me and been punched (rather limply) in the chest, I never really suffered much more, than mildly unpleasant objections for the sake of the gospel.

As I arrived in Stockport it was raining, so I stood under a canopy near the town centre and began to hand out some tracts. As I stood there it seemed to me as if the Holy Spirit filled my heart with grace and a real sense of God's presence. A warm joy began to fill my soul, the culmination of a number of days in which I had felt extraordinarily close to the Lord. I looked up and saw my friends approaching.

There were smiles, handshakes and after a brief chat we bowed our heads and prayed. Then, as I had done many, many times before, I stood on my little box and began to preach the gospel. As I started to read from Romans chapter one, I was approached by a man dressed in the unmistakable orange robes of a Hare Krishna devotee (we had spoken before.) He put his hands together and bowed, then began to engage with me with questions. He came very close to me and his questions began to be more and more insistent, although still respectful. He held up a small card with some writing about Jesus on it and said "please read this out." I declined. Again he insisted; again I declined. After this he decided to read it out loudly himself, more or less preaching in my place. I instinctively resisted this state of affairs by quoting aloud John 3:16. He was not pleased. "Is heaven full of people like you, sir," he said through teeth clenched in a smile. Before I could answer, the question came again... and again. His implication was obvious and derogatory. An an ad hominem attack is tiresome and rarely profitable for anything; I just did not appreciate how physical that attack would become. 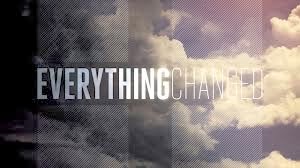 So there I was, effectively stopped from preaching. Incapacitated: A recipient of hostile questioning, bored; trying to figure out a way of returning to the activity of evangelism, and that's when everything changed.

His expression never changed, his posture never changed, his hands may still have been clasped in prayer and yet his words suddenly became very different. Through gritted teeth and frozen smile he said "I am going to knock you off your f***ing box." So surprised was I, that I nearly fell off my box! Then everything went black; just for an instant... and I felt pain. I had been punched in the side of the head; then came another and another, my glasses flew off my head and I landed somewhere on the floor. Continuing his diatribe, he hurled my now broken spectacles at me and began to rant something that sounded like, "The demi-gods are angry, the demi-gods are angry!" as my friend attempted to stand between us. I told him to move away, as I feared that he also would be hit. Thoughts of my wife and children flashed through my mind. Less than an hour ago I had been tucking my two year old daughter up in bed for her afternoon nap, now I was picking myself up from the ground! I denounced the man's actions as sin and prayed that God would have mercy on him.

As I tried to regain some sense of reality, it seemed to me as if I was alternately experiencing a dream and then (as my ear began to throb with pain) I was thrust back into the reality of being a victim of assault in broad daylight, in a packed shopping centre, on a Saturday afternoon.

Eventually the man stormed off and as some degree of equilibrium returned. I stood up and began to preach again. In disbelief, like a recurrent nightmare, I saw that my preaching had brought the man back again. His face was still contorted and angry; he showed no remorse, no empathy and things were about to get even worse! 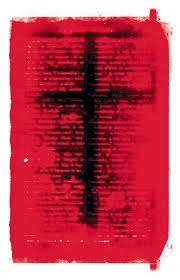 I moved away from him and stood quietly around the corner and began to hand out gospel tracts. My head ached and my hands were trembling. I blinked, trying to focus without my glasses, it felt strange to be outdoors without them. He moved menacingly towards me. His words were chilling, "If you stand on that box and preach again" he said, "I will kill you!" He repeated this phrase about six times. I replied, that I was not preaching anything and was simply standing on the pavement. He smiled and his whole face seemed to me to take on an otherworldly appearance. Then he deliberately and violently thrust his head forward into my nose. My nose exploded in blood (I heard someone groan audibly) and it poured onto the pavement and onto my leaflets. I tried to stop the blood, but it just kept running down my fingers and over the sleeves of my coat. A nearby busker held his violin to his chest and looked on in horror, as if he could not take in what he had just witnessed. An Asian man ran over with a handful of kitchen-roll and one of my friends returned with tissues from the nearby "pound shop." I looked around me: No policemen, no security guards no one stopping. Sometimes preaching the gospel can feel as if one is standing alone. Yet as the Apostle Paul says in 2 Timothy 4:17 "Notwithstanding the Lord stood with me and strengthened me..."

A little while later an elderly woman, observing my injuries, asked me, "Did you fall off your box?" I almost burst out laughing! The attack seemed to temporarily affect, confuse and accelerate my emotions.

I struggled for a few days with irritability, headaches, difficulty in concentration and other symptoms consistent with concussion. I informed the police (they gave him a caution), I dug out an old pair of spectacles and I tried to get back to the business of being a husband, father and Pastor.

I have learnt a lot from my encounter with violence; much of it about myself. I have learnt to forgive, I have learnt to conquer fear (I suffered with brief moments of irrational panic for about twenty-four hours after the assault.) I have learnt that I am not quite as indestructible as I had thought! I am more cautious about preaching on my own now and do not take the gospel out without a friend at my side, I also take care to pray considerably beforehand. Moreover, I have begun to see the truth of those familiar words in Romans 8:28 "And we know that all things work together for good to them that love God..."