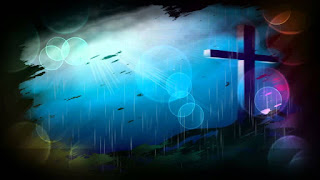 Kingdom greatness and the danger of offences - Mt 18:1-9


Verses 1-4 (Read) “Who is the greatest?” Jesus, as we will see, now teaches the disciples a visual lesson about greatness in the kingdom of heaven.

As a preacher of the Gospel, quite often I am drawn to John 3:3 “…except a man be born again he cannot see the kingdom of God.” And preachers will often emphasize that acceptance with God is conditional, that one “must be born again.” There is no other way to be a Christian than “regeneration and renewing of the Holy Ghost.” (Titus 3:5) How often do we emphasize that, “you are not born again? Then you are not actually a Christian and you will not make it to heaven because…John 3:3 Yet here we see that Jesus introduces a further and immensely important condition, humility. How many times do we say to people, “you’ve not become as a little child…don’t you know you can’t enter the kingdom until you do that…don’t you know Jesus says so in Matthew 18:3?”

This is what is required for a person to enter God’s spiritual kingdom, that is that state where God rules in the heart and mind. It is the same attitude as a child has toward a loving and wise father. An attitude of complete and utter trust, a heart that is teachable and willing to learn; a willingness to accept that you are “poor in spirit,” having nothing, knowing nothing.  James says, “God resisteth the proud, but giveth grace unto the humble.” (James 4:6) Notice also that Jesus says that this attitude is preceded by a change of mind. "Except ye be converted…” GK “Strepho” meaning, ”to turn completely around,”  and become as little children. The level of humility that Jesus is speaking of is not something that exists in the natural man; it is completely alien to the way in which men think. How clearly is that demonstrated by the disciples themselves, who look within at their own abilities, to see whether they possess “greatness,” rather than looking to God . The pride, the ambition, the idea that you have intrinsic honour  and worthiness, must be repented of.  Am I worthy of acceptance by God? Answer: No! But that’s the whole point, it is Jesus that is worthy; that is why He is “the way, the truth and the life!”

(Read 5-6)  Whether Jesus is speaking literally of physical children, or of those people that have a childlike trust in Him and a desire to know God, this is a solemn warning against causing them to stumble. We should give every encouragement we can to others to come to God; whatever their age, experience, intellect. If you have a child that says, “I want to read the Bible,” don’t dare say, “you wouldn’t really understand it, it’s going to be above your head!” You sit down with them, read it with them and explain it to them.  Jesus said, “Suffer little children to come unto me, and forbid them not: for of such is the kingdom of God.” (Luke 18:16) We will look at that next week when we study Matthew 19.

The warning is, that if someone is turned from the path of trust and faith in God by you, then drowning would be a preferable option. “Woe to that man by whom the offence cometh!” By offences, Jesus means anything that hinders, or turns someone away from the path of God.

As the old children’s hymn puts it:

Little ones to Him belong

But He is strong.

In fact, Matthew Henry says, “While the great ones of the world have honourable men for their retinue and guards, the little ones of the church are attended with glorious angels;” as Jesus touches on in verse 10. But let’s just go back and read verses 8-9.

(Read 8-9) Your hand, your foot; Wesley teaches that these are contextual metaphors illustrating persons that are closest to you. They could be family members, or our dearest, or oldest friend; yet if they are turning you out of the way, hindering you in your walk of holiness, then a separation must occur between them and you.  That is what Jesus is teaching. However costly it may be to the flesh, “this is the will of God, even your sanctification.” (1 Thessalonians 4:3)

- The parable of the lost sheep

(Read verses 12-14) This is such a beautiful picture of Jesus, once more as the Good Shepherd; not just the one that leads the sheep, but the one that saves the sheep went astray. It illustrates the heart of Jesus towards the lost, a willingness to leave His place and search out the lost and lonely and bring them home. Should that not also be our heart? Are we not above our Master, but should share the same desires as Him, in fact doesn’t the Apostle Paul say, “we have the mind of Christ?” (1 Corinthians 2:16)

We have been looking at how important it is not to give offence, not to turn someone out of the way. But what do we do if that happens? Well, here Jesus gives very practical advice on how to deal with matters that need discipline in the church. (Read 15-17)

How many of us deal with sin like that? “Let him be unto thee as an heathen.” Now that doesn’t mean shun him; don’t talk to him! On the contrary, it means urge him to repentance as you would a heathen sinner; urge him to get right with God and take time to lead him to a place of repentance, using discernment as to how much time you should take doing that.

In verses 18-20 we see the unity and fellowship that being in Christ promises. He says “where two or three are gathered together in my name, there am I in the midst of them.” Christ, according to the word is here! He is present by His Spirit. He quickens us, guides us in our prayers; ministers to us; in fact so close is His relationship to His people that “both he that sanctifieth and they who are sanctified are all of one: for which cause he is not ashamed to call them brethren.” (Hebrews 2:11) But I think what is being taught by the Lord Jesus here, is that there is an authority in the church, that bears His stamp.

You see the question that arises is this: what is the consequence for that brother, if they refuse to heed one person, two people, the whole church? There may be a temporal consequence, loss of fellowship (which by the way is legitimate and Biblical) but there may also be a spiritual, eternal loss.  Charles Finney once preached a sermon called “one sin persisted in is fatal to the soul.” I wonder if that could be true?  That is the context that we now turn to one of Christ’s most dramatic and sobering parables.

There are two main objects in this parable,  that we might term:

There are four main characters in the parable:

We read that a certain king took account of his servants. He weighed up how much money they owed him. One servant is brought to him, owed him “ten thousand talents.” An enormous sum of money, far more than he could ever pay; the equivalent of millions and millions of pounds.

Now let’s just pause for a moment; supposing that the “Lord” in the parable is the Lord Jesus Christ, what might the debt represent? Let’s go back to Matthew 6:12 (Read) Debts equates to sins, or trespasses. Just keep your finger in Matthew 6, because we will be coming back to it in a moment.

The servant, in Matthew 18:26 falls down and begs for mercy and we read that as the Lord was moved with compassion, he loosed the man from the debt. He forgave him the debt.

But the same servant went out, and found one of his fellow servants who owed him a very small debt by comparison.

Stop for a minute. What have we just been looking at? What to do if a brother in Christ sins against you! What is the very small debt representing? A very small sin!

The fellow servant asks for mercy, but the servant does NOT act like his Lord, quite the opposite; “He took him by the throat…” (verse 28) He refused to have patience with him. He threw him into prison (verse 30)

When the Lord heard about it, he is furious (Read verse 32-33) (Read Matthew 6:15) Is the parallel hard to see? Do we have to make up some complicated theory to explain away the obvious meaning of the text? Only if the particular doctrine we have decided to align ourselves with doesn’t fit. Align yourself with Christ, not particular theological theories!

The debt had been freely forgiven; yet when the servant offended his Lord wilfully and cruelly, the pardon was taken back and the debt was restored. The whole debt was now required and the offender thrown to “the tormentors” until it was paid. It would take an eternity to pay such an amount. I know only of one place that has eternal torment and that is hell.

Just in case we are not sure of the parable’s meaning, Jesus explicitly gives us the interpretation in verse 35 (Read)

Can a Christian lose their salvation? What is the plain meaning of the text? Take it as it is, without imposing your favourite theological framework on it, without resorting to doctrinal gymnastics, and without “you have to understand the Greek etc?”

Therefore, as the Apostle Paul puts it in Ephesians 4:32, “be ye kind one to another, tenderhearted, forgiving one another, even as God for Christ's sake hath forgiven you.”
Copyright © Paul Jennings.