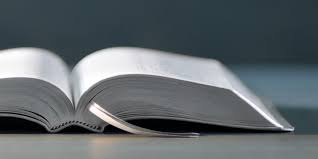 
The Transfiguration as it is called, is not just a remarkable event, it is a highly significant event. It is a revelation, a revealing, or unfolding (at least in part) of the deity of Christ. Let’s read verses 1-2 (Read) The word “transfigured” that is used here, the Greek word “metamorpho-oe,” (phonetic) where we get our English word Metamorphosis from.


Here we have the Lord Jesus allowing some of His divine glory to shine forth. I picture it as being a bit like when the sun is hidden behind a cloud and as the cloud is blown by the breezes, the beams of the sun blaze forth and in that instant we have to cover our eyes, because the light is so strong. That which had been hidden behind the cloud, now shines forth; just as the glory of God that was hidden by the flesh of humanity, is now allowed to shine. Moses face shone too, but that was only with a reflected glory, now we see light coming from the source.


As Jesus allows His glory to shine, Moses and Elijah appear with Him and are talking with Him. This teaches us a whole range of things:

Jesus says to his disciples, “Tell the vision to no man, until the Son of man be risen again from the dead.” Two reasons: One, because it might be discouraging to the disciples to hear they had missed such an incredible, supernatural event; but also, because it could make His persecutors even angrier. It is not always wise to share everything with unbelievers; the Bible warns against casting your pearls, those most personal; and deep doctrines and experiences, before swine. The disciples were to wait until after the resurrection before they told others. Then I guess the vision would make more sense and have a greater impact, being more of a closer resemblance to the risen Christ.


In verse 10 the disciples ask an interesting question; in essence, if you are the Messiah, how come the Scriptures say that Elijah must come first. They are asking because they have just seen Elijah and yet Christ has appeared before Him. Good question. Jesus tells them that Elijah had already come and the Bible records that the disciples understood that Jesus was talking about John the Baptist. Now here we need to reconcile an apparent contradiction. Go to John 1:21 (Read)“And they asked him, What then? Art thou Elias? And he saith, I am not. Art thou that prophet? And he answered, No.” Here is a lesson in being over literal in your interpretation of the Scriptures! Malachi prophesied that Elijah would come first. What he meant was that a person in the spirit of Elijah would come, a mighty prophet; a preacher; an upsetter of wicked kings. That was John the Baptist. But he was not the reincarnation of Elijah, he was not the self-same person. Just be aware of that when you are interpreting Old Testament prophecy.


“He is a lunatick.” The word indicates one who is mentally unbalanced, particularly being affected by the moon! As in “lunar!” Can individuals really be mentally, or emotionally affected by the phases of the moon? Well, speak to pet owners; why is Zippy the cat tearing around the living room like that? It’s a full moon! Nial McCrae, the author of “The Moon and Madness,” has said “Although it violates the assumptions of modern Psychology (I’m sure it’s not the only statement in the Bible that does that-PJ) belief in lunar influence persists among mental health nurses, the professional group with most enduring contact with patients.” Now, what we see here is the man’s son, sometimes falling into the fire; sometimes falling into the water. The Scriptures reveal that it is not solely the effect of his “lunacy,” but that an evil spirit is taking advantage of the son’s mental and emotional predisposition and forcefully driving him to destruction. If his affliction caused him to fall, then the devil would make sure it was towards the fire, or water; to be burned, or to be drowned. Again, it is fascinating how we see demons hiding behind genuine mental illness, or taking advantage of the person, when they are at their most vulnerable and weak.


(Read 19-20) The disciples could not cast the unclean spirit out, because they lacked faith, in this instance. Jesus says, if you had faith “as a grain of mustard seed,” in other words, just a small amount of genuine faith; faith “which worketh by love” then you could do astounding things! Here Jesus uses, what we call “a proverbial expression.” He is not suggesting individuals should go around trying to shift literal mountains!


The disciples had cast out demons before, but in this particular case, Jesus says “this kind goeth not out but by prayer and fasting.”


Once again, at this time, Jesus starts to talk again about His death and resurrection (Read 22-23) “And they were exceeding sorry.” This didn’t fit into their plans of what and who the Messiah should be! They were expecting a powerful ruler, who would kick out all the Romans and set up His kingdom on earth, in Jerusalem and restore to Israel the glory of the old kingdom. They wanted a Christ, that would come in the type and likeness of David the king; because they did not understand, that the Messiah was first to come in the type of Isaiah’s suffering servant. Isaiah perfectly captures the confusion of the Jews concerning the death of Jesus. Let’s take a look at that. Go to Isaiah 53:3-5 (Read).


(Read verse 24) Ok, so here we have in effect a temple tax. The head of every family would pay half a shekel once a year in order to pay for the service of the temple and any things that were otherwise not provided for, but were used in the ceremonies. Jesus asks Peter “of whom do the kings of the earth take custom or tribute? Of their own children or strangers? Peter saith unto him, Of strangers, Jesus saith unto him, Then are the children free.” In other words, because Jesus is the Son of God, He is not obliged to pay the tribute.


It is amusing to me, how Muslims often argue that there is nowhere in the Bible that Jesus claims to be the Son of God. Here is a perfect example of one, of many places, where He does just that!


He finishes off this chapter with the words we find in verse 27 (Read).